The Water Tower Clock at Science Works Museum was surveyed for the design of a glass enclosure to placed around the clock after transportation to a new location. 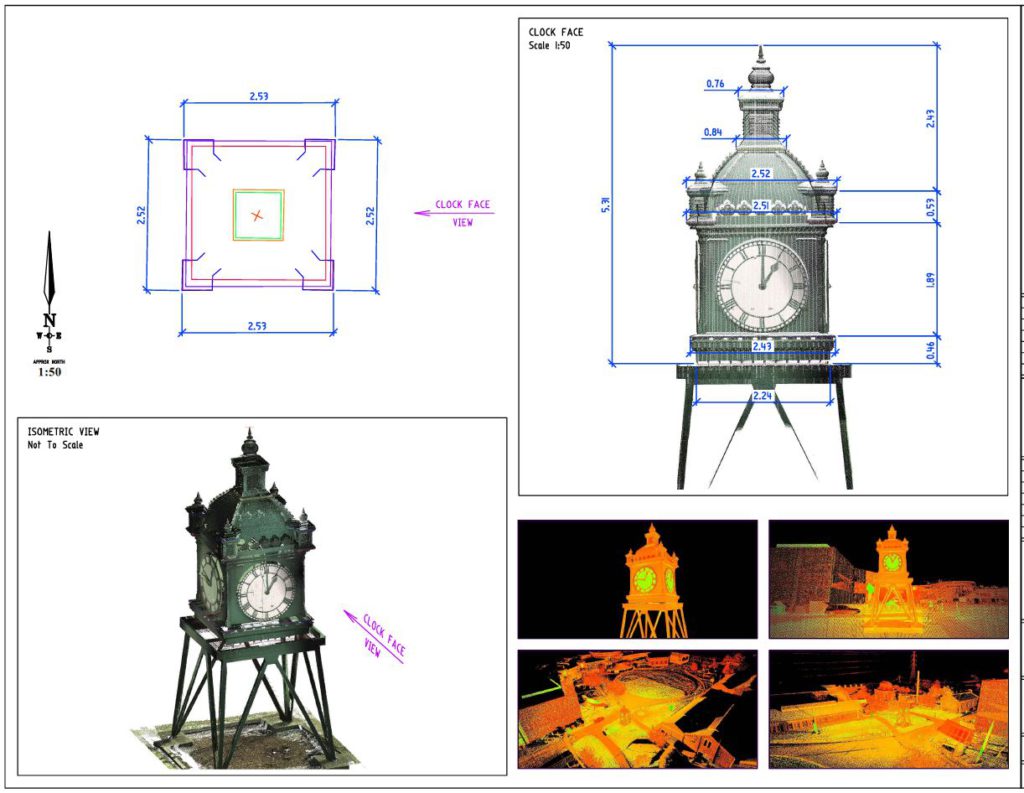